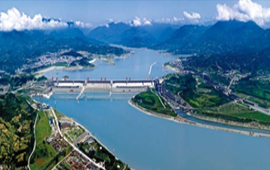 The dam of the Three Gorges project (referred to asthe Three Gorges Dam) is located in the middle reach of thewater area of the Xiling Gorges in the Yangtze River, near thetown of Sandouping, Yichang, Hubei Province, 38 km awayfrom the downstream Gezhouba Dam. The Three GorgesDam site is an open valley with the hard and holistic granitebedrock, boasting the advantageous landscape, geological andconstruction conditions for the construction of a large waterconservancy project.

The Three Gorges Project consist of the dam, hydropower station andnavigation buildings. The river dam is a concrete gravity dam, with the flooddischarging section in the middle and the powerhouse and non-overflow sectionon both sides. The dam crest elevation is 185 meters, the maximum dam height is181meters, and the total dam axis is 2309.47 meters long.

The navigation structure of the TGP includes a ship lock and a shiplift. The dual-way five-stage continuous ship lock is built in the deep rockgroove cut into the mountains, boasting an inland river ship lock of thehighest total water head and the most water stages throughout the world.Its full length is 6,442 meters, in which the lock body structure has thetotal length of 1,621 meters, and a single-stage lock chamber which is280 meters long and 34 meters wide with the minimum depth of 5 metersabove the threshold. The maximum design water head of the ship lockis113 meters, with one way upstream and one way downstream, able toaccommodate a 10000-ton fleet consisting of several 3000-ton level ships.

The ship lift is an important part of the Three Gorges permanentnavigation facilities, mainly used for quick passage of passenger shipsand all kinds of special ships. It can work together with the ship lockand achieve mutual standby to improve the carrying capacity and thenavigation guarantee rate of the project, and ensure that the project couldhave its navigation benefits into full play. The ship lift is a single-way one-stage vertical one, adopting the fully balanced gear rack mode. The shiplift mainly consists of such structures as the upstream approach waterway,the upper lock head, the ship chamber section, the lower lock head and
the downstream approach waterway. The ship lift has the maximum shiptonnage of 3,000 tons, the maximum lifting height of 113 meters, theeffective size of the chamber measuring 120 meters long, 18 meters wideand 3.5 meters deep, and the total weight of the ship chamber with waterabout 15,500 tons.

The normal water level elevation of the Three GorgesReservoir reaches175 meters, the flood control limited waterlevel elevation is 145 meters in flood seasons, and the totalstorage capacity is 39.3 billion cubic meters in which 22.15billion cubic meters are used for preventing floods. The ThreeGorges reservoir with the tail part located at the NiujiaotanBeach in Jiangjin District of Chongqing City can be used asa pass way, with a full length of 663 kilometers, and the totalreservoir area as much as 1,084 square kilometers of which thesubmerged land area is 632 square kilometers.

The static budget of the preliminary design of TGPformally approved by the state (based on the price at the end ofMay, 1993, excluding the factors of price rise or loan interestduring construction) was estimated to be 90.09 billion yuan,50.09 billion yuan of which is for the project investment and 40billion yuan for the reservoir inundation and resettlement costs.As the construction period is longer than planned and pricerises, the dynamic total investment is estimated to be 203.9billion yuan. 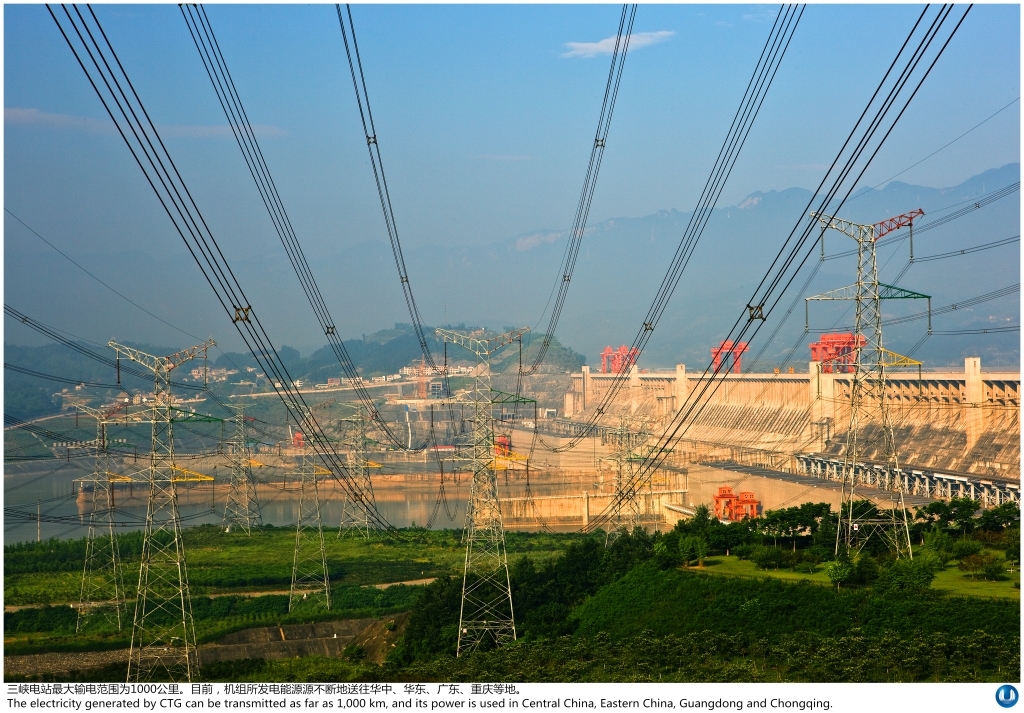 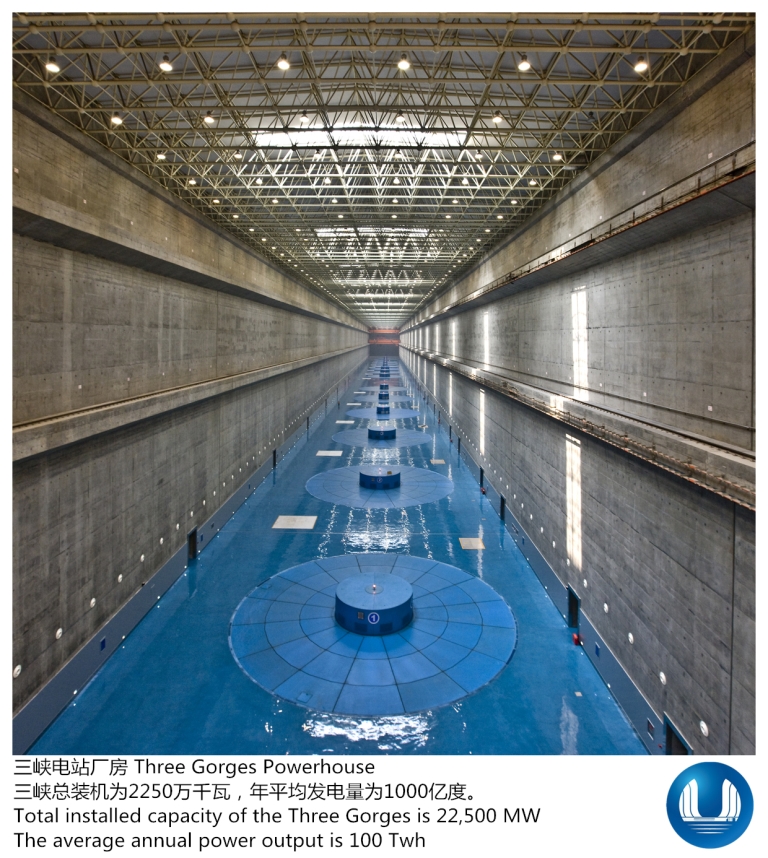 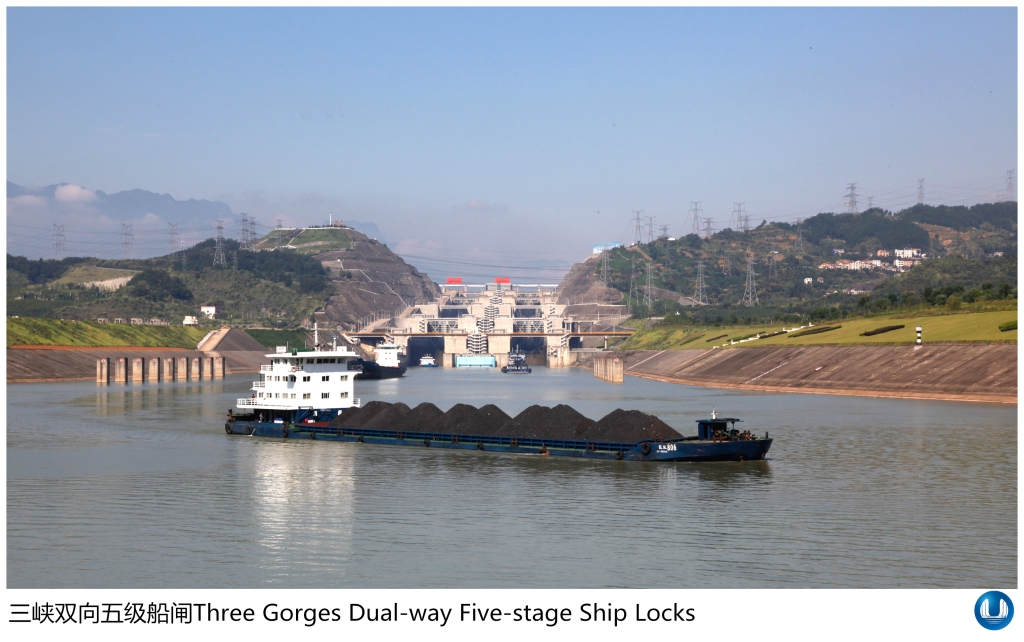 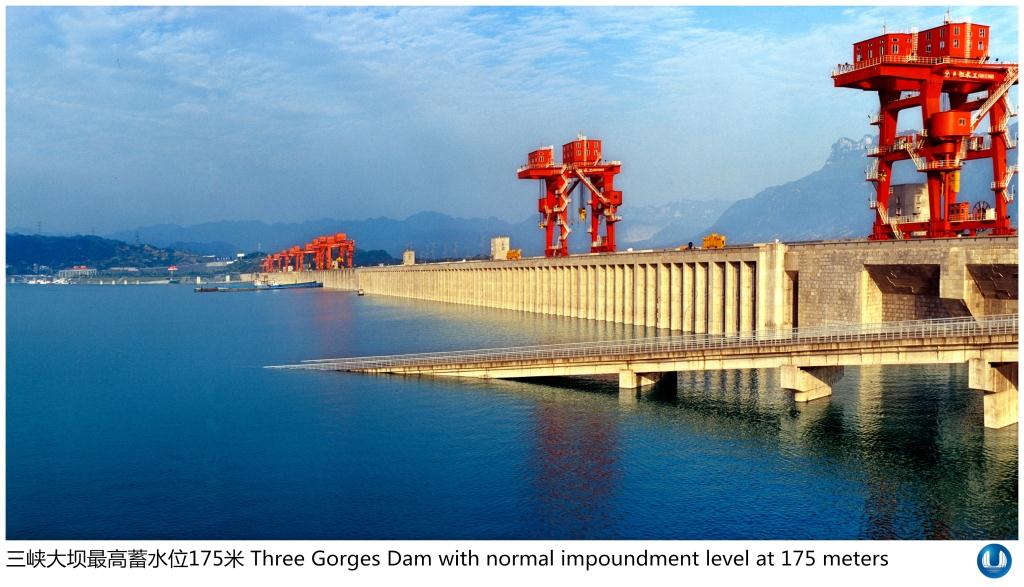